The trustees have begun the process of selecting a design and supplier for railings for the bridge crossing the inner ditch.  Approval from Historic England for Scheduled Ancient Monument Consent is in its final stage which should allow progress later this year.  We also hope to replace the entrance signs within the Moot, updating information, easy access routes and improving mandatory notices; a local artist and graphic designer have kindly volunteered support which greatly aids local aspirations and fundraising efforts.  The trustees have also been greatly heartened by an uplift in donations from local and former members of the parish whose generosity is very much appreciated.  Those supporting our cause with the Co-op Community fund will be interested to know we have passed £150 since we became a Local Cause (please sign up if you haven’t already); other grant applications are in process including Persimmon Homes Community Champions who have just granted us £1000.  Thank you Persimmon Homes.

Update and Conclusions to the Public Consultation

In December last year the Trustees launched a public consultation concerning matters related to The Moot and members of the public were given a ninety day period in which to respond with their views.  The consultation document can be referred to at the bottom of this post; below is a summary of conclusions and action now being taken.

The Trustees are pleased to report that, as might be expected, responses received showed a great appreciation for the value of The Moot to the village and the surrounding community, the importance of keeping The Moot well maintained and an understanding of the importance for preserving access to the public.  Some 20 written responses were received and these reflected a welcome balance of opinion.  There were understandable expressions of the wishes to keep things as they are in The Moot and others that were advocates for change.

It was noted by the Trustees that at the earlier AGM, when the strongest views were expressed, it had been suggested that a report be commissioned from Wessex Archaeology (www.wessexarch.co.uk).  During the consultation period Wessex Archaeology undertook their study of The Moot and reported back their conclusions in a “Heritage Statement” dated March 2020.  A copy of that document and its conclusions can be read here.

The matter was discussed in detail and the Chairman facilitated an open and constructive debate.  All sides of the discussion were heard and given full consideration.  In reaching their decision the Trustees gave weight to the Wessex Archaeology report which raised no obstacles to the Trustees introducing appropriate changes to the bridge and the Health and Safety Report.  The matter was concluded with Trustees agreeing that despite a strong desire on the part of Trustees to make no change to The Moot bridge structure, it was now nonetheless time to move forward and develop a plan to provide suitable railings or other structure to the sides of the bridge and to do so as soon as practical.   The Trustees are now taking further advice including from Historic England to decide on the most suitable design before commissioning the work to be done, subject to raising the necessary finances.

The Trustees would like to thank all those who took the trouble to express their opinions and would like to assure them and all those that enjoy the use of The Moot that they will continue to look after The Moot with sensitivity and consideration for the benefit of the whole community.

The Moot Trustees instigated a number of improvements to The Moot over the past 18 months relating principally to improving access to The Moot.  Regular users will have noticed that many of the paths have been re-laid and re-surfaced and in particular the main track from the car park to the pond now has improved drainage and a durable surface.  The Trustees hope these improvements have much improved access to The Moot for all, in all weathers and will also facilitate access for when events are held in The Moot.
The above works were funded by a combination of generous grants and donations.
It is a priority of The Moot Trustees that access is safe for all users of The Moot.  The Moot is intended to be open to the public 24 hours a day and is frequented by members of the public day and night.

The Moot bridge is one of the main thoroughfares and access points to The Moot grounds and as many will know it is a bridge without sides.  There has been some concern that despite the structure apparently never having given rise to any mishaps, there is nonetheless some risk of injury to users of The Moot.  The use of The Moot by unaccompanied children, those less able, and a general increase in the use of The Moot have led the Trustees to consider whether the current structure poses a level of risk that should be mitigated by the introduction of railings or other protection to the sides of the bridge. 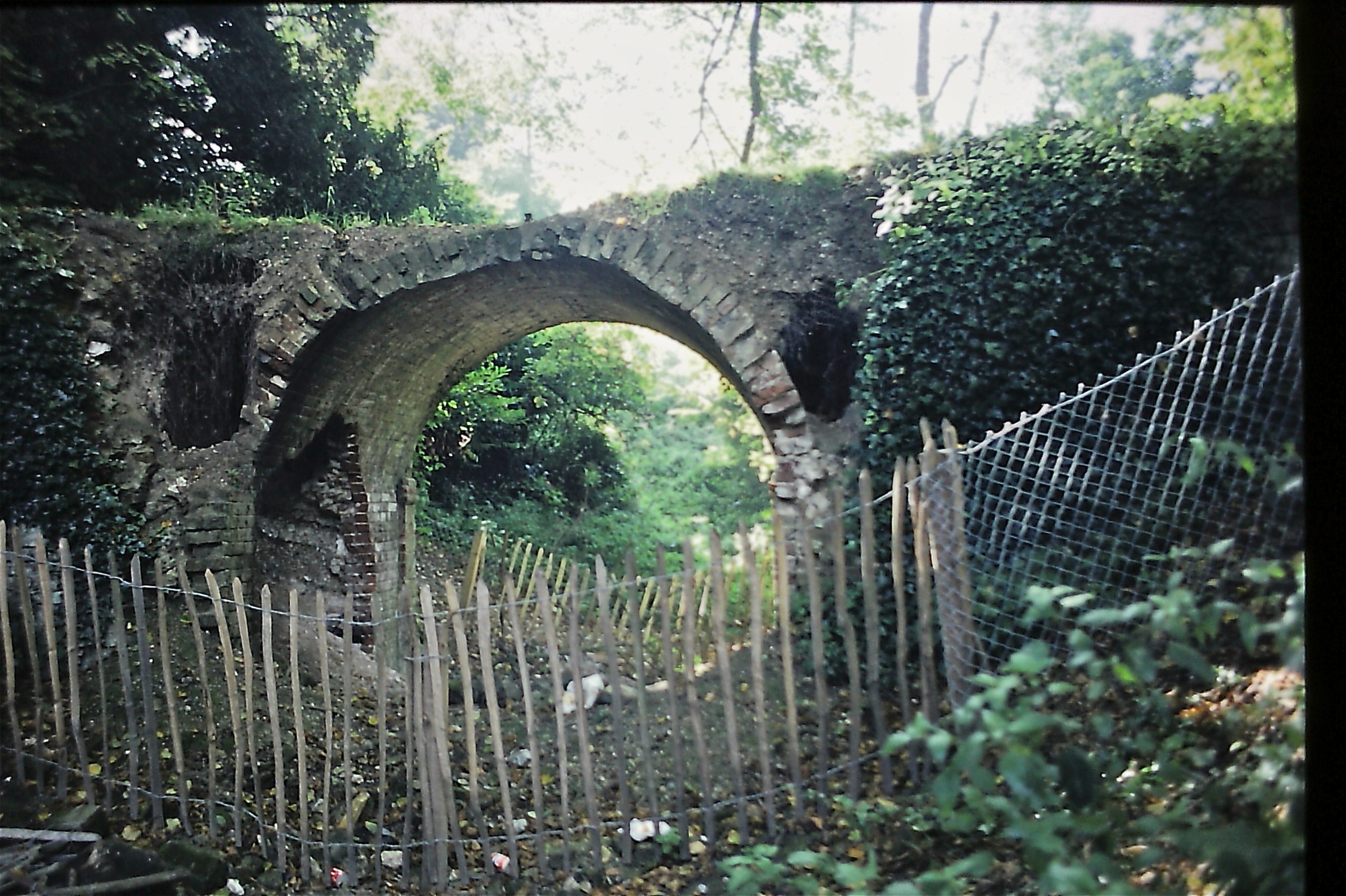 Inherited condition of the Moot bridge 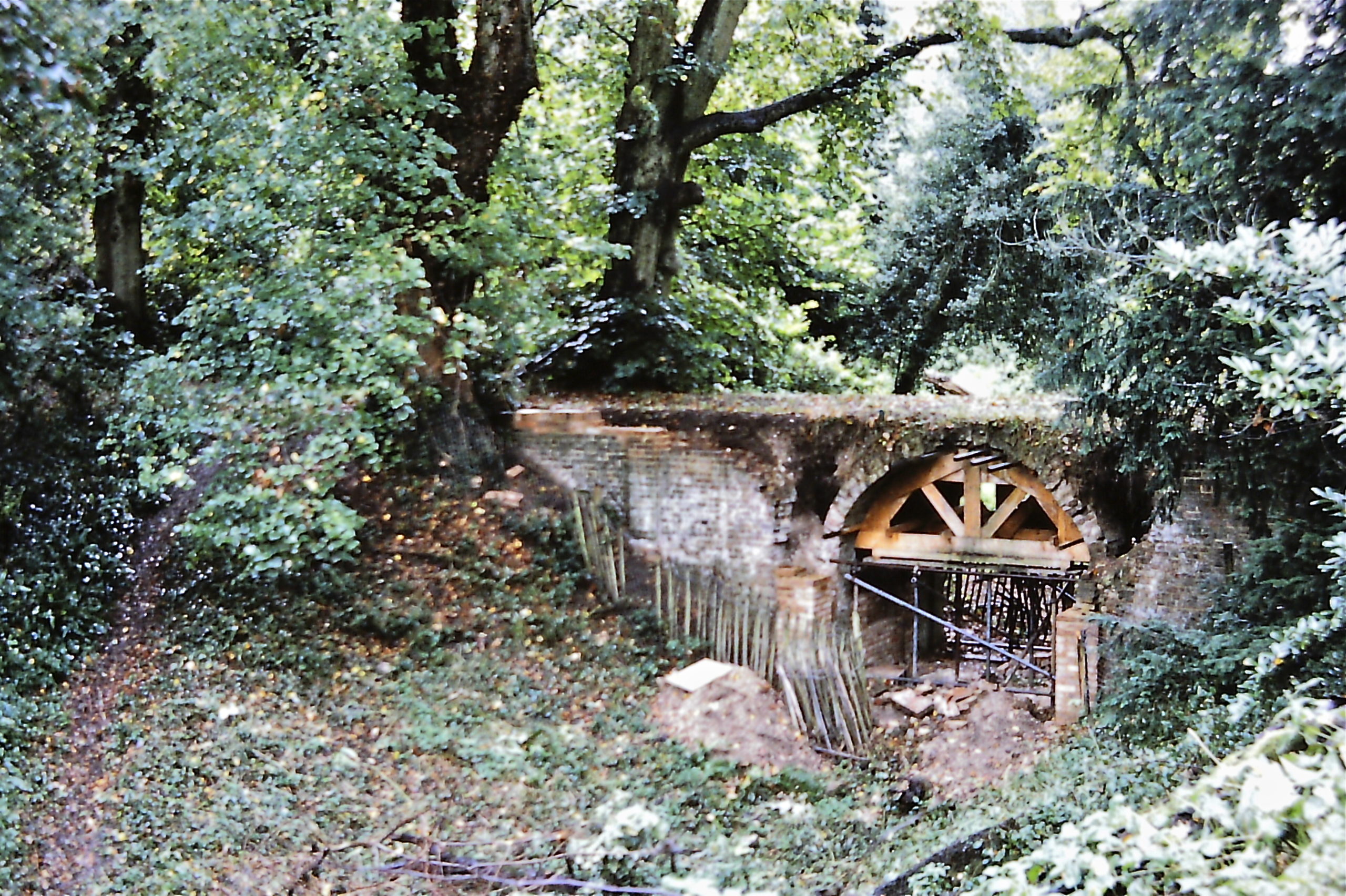 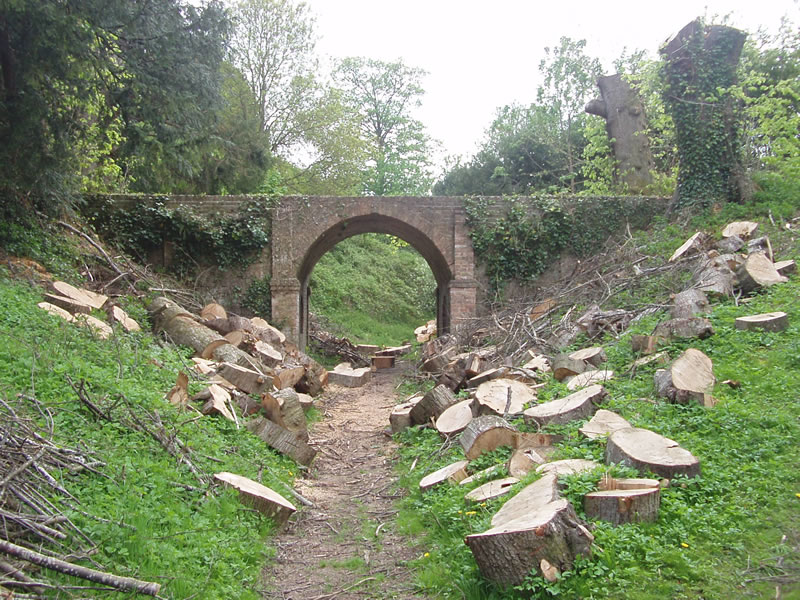 Topping lime trees on the bridge 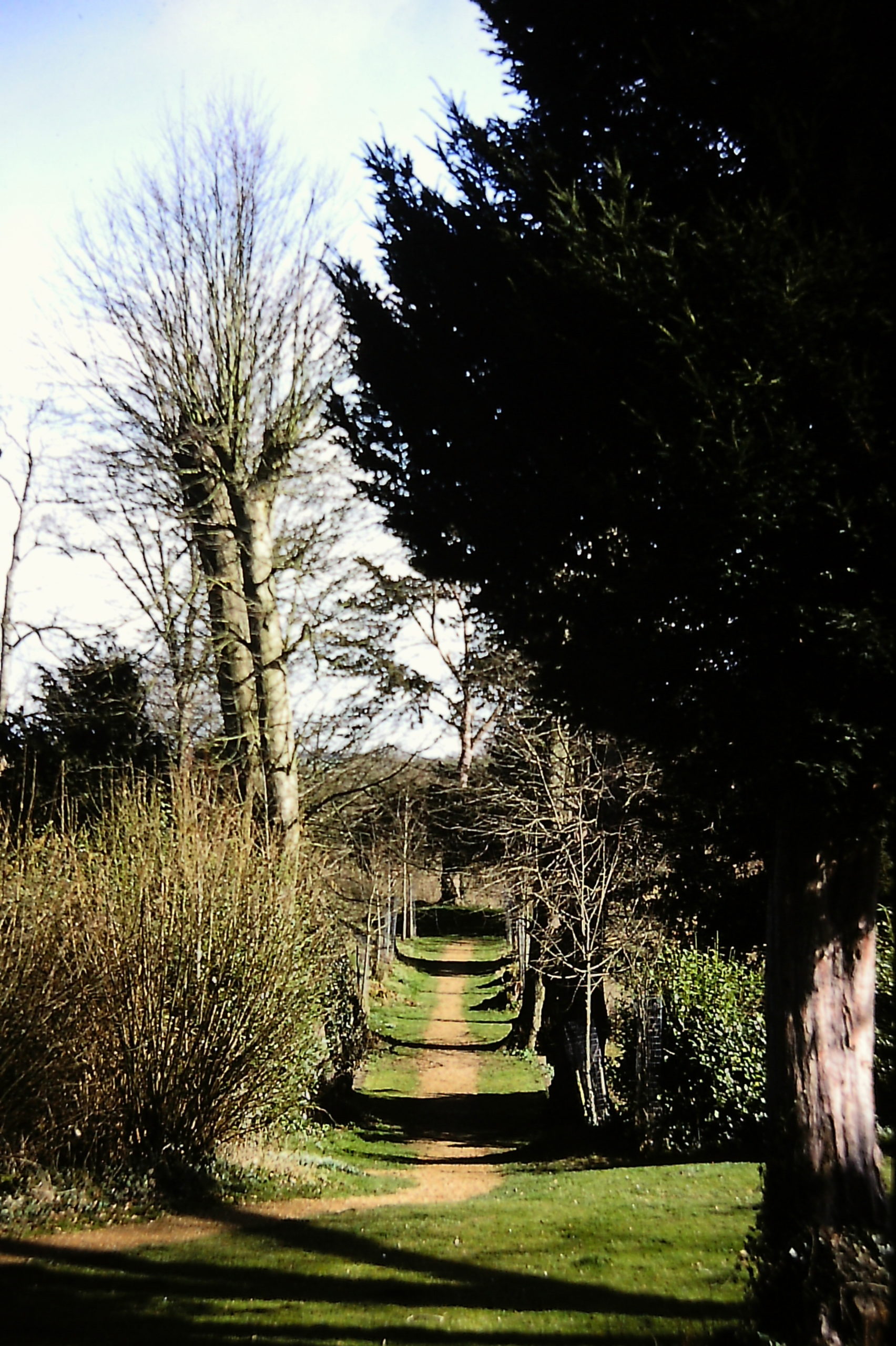 View over the bridge 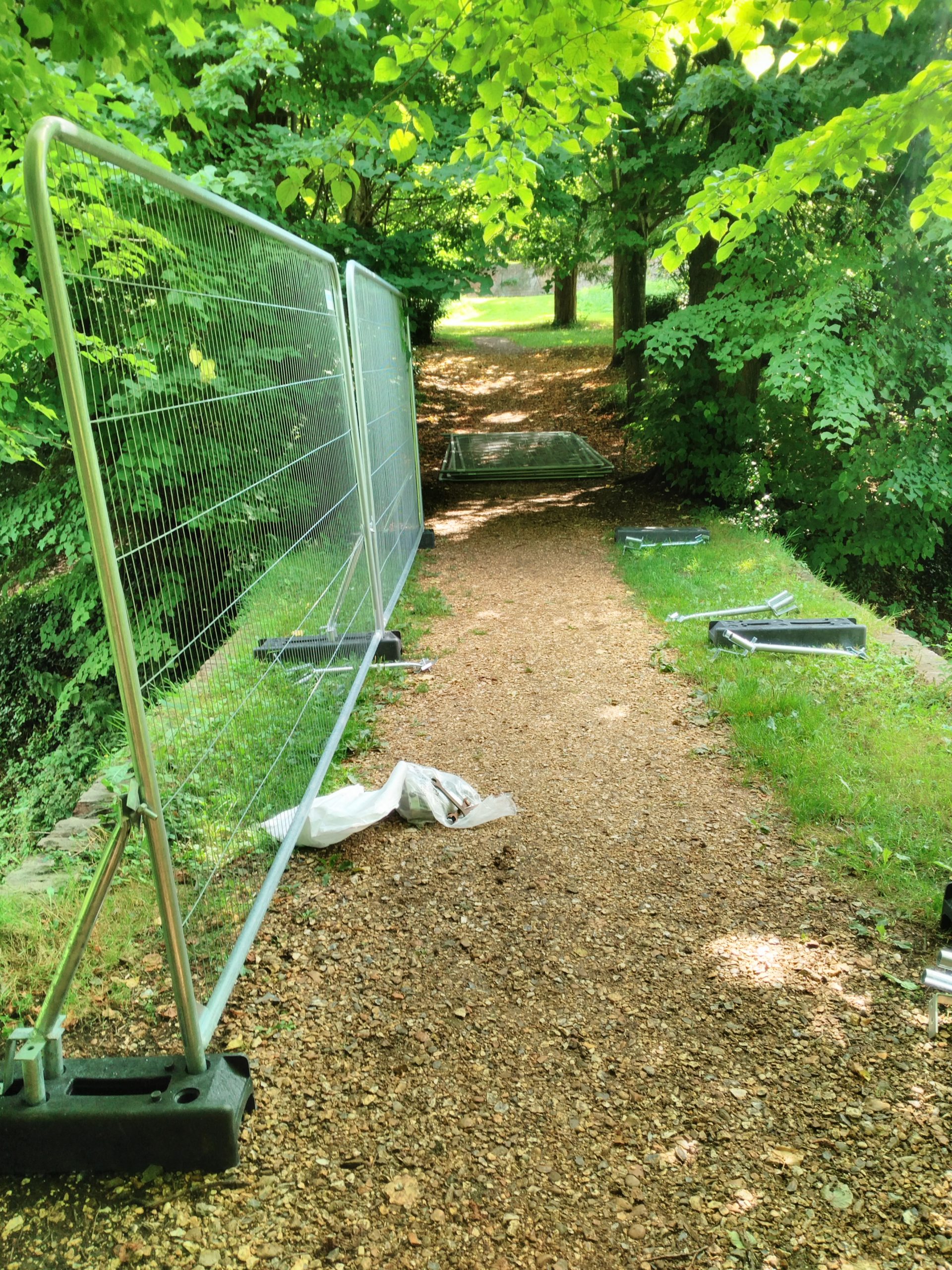 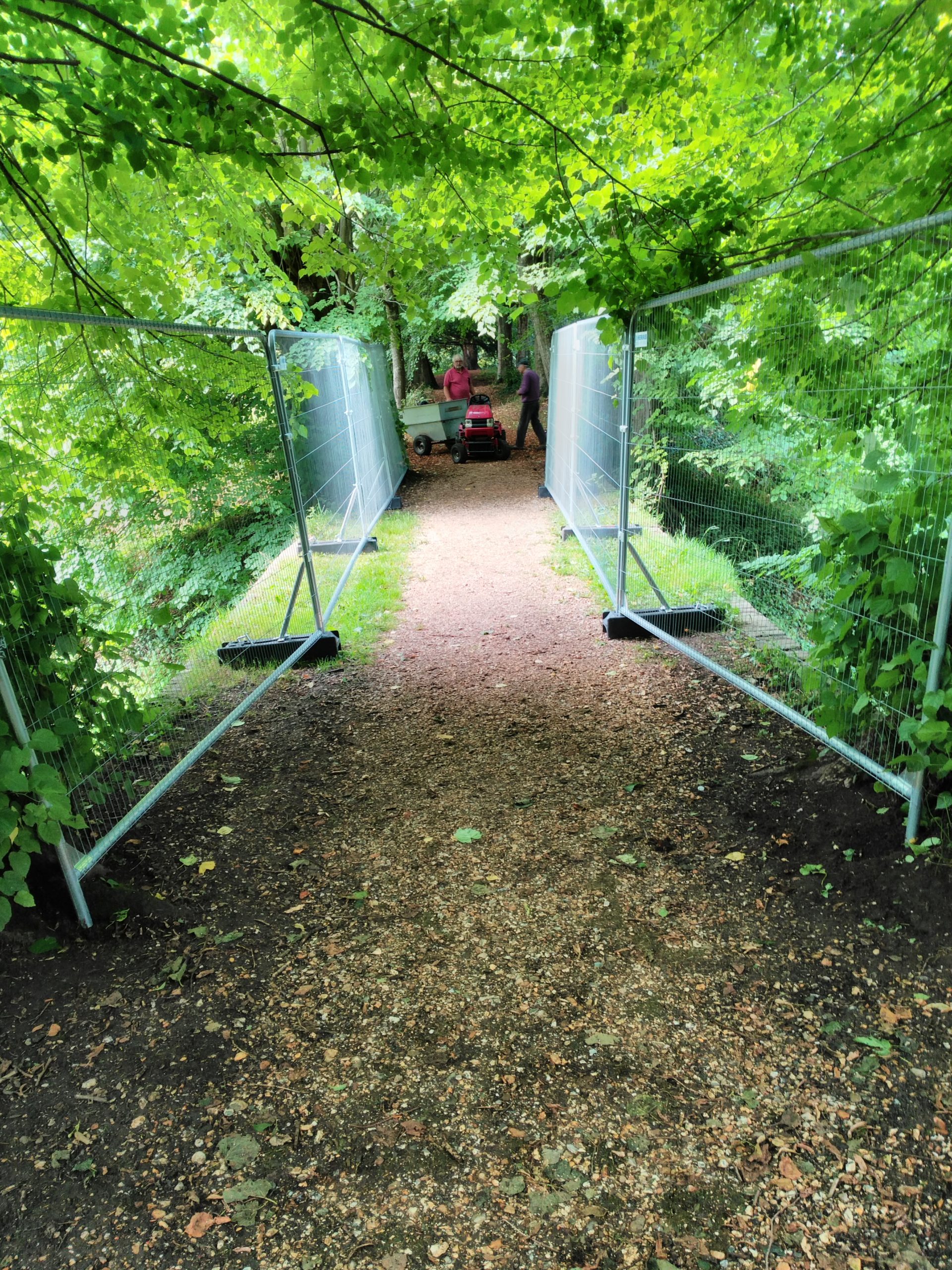 It is certainly the case that all Trustees are and most public comment is, strongly in favour of making no change to the structure.   However, having taken professional advice there is a concern that the current structure may present an unacceptable risk and this consultation seeks to receive input from members of the public and in particular users of The Moot concerning a potential change to the Bridge structure.
The Trustees are consulting with The Moot insurers, all of the relevant planning authorities including the Local Authority, English Heritage and other relevant bodies and where necessary may take further legal advice concerning liability for the bridge structure.

Members of the public are now invited to submit their comments before Friday 28th February 2020.  The Trustees would be most grateful to receive all views and comments in writing.  Where comments relate to legal opinion or examples of other structures at other public spaces that may be used as examples in support of no change, these should be supported by written evidence and pictures that can be submitted to the relevant bodies in support of our discussion process.

Whilst there is no presumption as to the outcome of the consultation please indicate your thoughts as to what structure you would like to see if it is concluded that change is necessary.
As said, whilst the Trustees have a strong preference to make as few changes to the historic structure of The Moot as possible, it should be noted that the site has evolved over the decades from a fortified defence position, to Victorian garden and now an open public space and if changes are to be made the Trustees are committed to first receiving public comment which where possible will be incorporated into the maintenance of The Moot as an open public space.
The Moot has extremely limited funds and the Trustees are all volunteers, whilst every effort will be made to follow up on all comments it may not be possible to address all matters to professional advisers if the cost is prohibitive.
Comments and attachments can be submitted in writing by email to chairmanofthemoot@gmail.com or sent to Chairman of the Moot, Hazelacre, Slab Lane, Downton, SP5 3PT.
When submitting comments please indicate how often you have visited The Moot in the last twelve months and what you see as its most valuable contribution to the community.
Project StatusActive
Start date12th December 2019
End date31st December 2021
Share